Will Gardner is the founder and CEO of Chesterfield, based in Chesterfield’s headquarters office located in Winter Park, Florida. He has over thirty (30) years of experience in real estate development and construction management of primarily office and industrial facilities. His education includes a Master of Science in Construction Management from Clemson University and Graduate studies in Business and Finance at Georgetown University in Washington, D.C.

Since 2006, Mr. Gardner has led the ground-up development and construction management of over ten (10) million square feet of corporate office, medical office, manufacturing, distribution and e-commerce projects for Fortune 500 companies and other end users across Florida, Georgia and Alabama from site due diligence, acquisition, project finance, and overall project management through permitting, design, and construction.

To date, Chesterfield has developed over thousands of acres involving approximately $500 million in total development value. 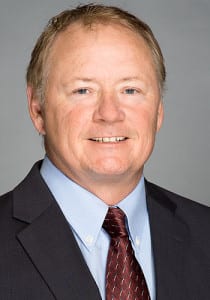 Mr. Gardner’s experience includes development projects with companies including General Electric Aviation on a 330,000 square foot aviation manufacturing facility; JLA Homes on a 1.3 million square foot distribution facility; Daimler Mercedes-Benz on a 920,000 square foot automotive manufacturing and distribution facility; General Mills Corporation on a 1.5 million square foot CSX rail-served distribution facility; Department of Veterans Affairs on a 65,000 square foot medical office building and a 2,400-car parking garage totaling approximately 800,000 square feet; Physicians for Better Jacksonville on a 110,000 square foot medical office, imaging and surgery center; A 160,000 square foot corporate office and operations center for Homeside Lending (now “JP Morgan Chase”); A 250-acre corporate campus for Southeast Toyota Distributors with class A office headquarters, nine (9) assembly and distribution buildings, and eight (8) rail tracks extended into the property from the Norfolk Southern mainline; An 80-acre corporate office park with six (6) office buildings ranging from 100,000 to 180,000 square feet, and included a build-to-suit for Lexmark; A 70-acre corporate office park with seven (7) office buildings ranging from 60,000 to 200,000 square feet that included build-to-suits for Bombardier Capital headquarters and Atlantic Mortgage (now “ABN AMRO Bank”); as well as numerous other corporate office and industrial projects.
Will is a member of the Urban Land Institute and serves on the Clemson University boards for the schools of real estate development and construction management. He is the co-author of an article published in the American Professional Constructor journal on strategic planning in the construction industry.

Chance Raehn is a Principal based out of Chesterfield’s Savannah, Georgia office and is actively managing Chesterfield’s land development and build-to-suit projects. He has over twenty (20) years of experience in master planning, civil engineering and project development of industrial sites and facilities. His education includes a Bachelor of Science in Civil Engineering from Florida State University. Chance has led the master planning for over 125 million square feet of industrial projects and the civil engineering of over 30 million square feet of manufacturing and distribution facilities throughout the Southeastern United States. Chance currently leads the management of Chesterfield’s national contract with Great Dane Trailers, which includes project management and owner’s representation services for expansions and repairs of their approximately thirty (30) plants and branches located across the United States.

Chance's most recent experience includes successfully negotiating the purchase agreement and development of the 1,150-acre Exley Tract, now known as the Georgia International Trade Center (“GITC”), one of Savannah’s newest industrial parks that is entitled for up to 7.3 million square feet of development. Chance successfully delivered the first four (4) buildings totaling 2.4 million square feet including 1.5 miles of roadway and utility infrastructure from start-to-finish in only 15 months, ahead of schedule and under budget. 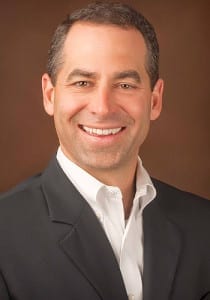 Mrs. Kaycee Gardner joined the Chesterfield team in 2018 and currently serves as a Senior Vice President of Development. Her responsibilities include site selection, predevelopment feasibility, tenant procurement and lease negotiations throughout the Southeast, with a primary focus in the Orlando region.

Prior to joining Chesterfield, Kaycee worked for both CBRE and JLL as a Senior Vice President for a combined 12 years. She has acquired extensive experience in Tenant Representation and throughout her tenure was responsible for facilitating more than 4 million square feet of commercial office leasing transactions in the Central and North Florida markets. Representative corporate office clients include Deutsche Bank for 300,000 SqFt; Ally Bank for 200,000 SqFt; Wells Fargo for 130,000 SqFt; CIT for 120,000 SqFt; RS&H for 76,000 SqFt and JPMC for 120,000 SqFt.

Since her arrival at Chesterfield, Kaycee has gained significant experience in industrial development as Chesterfield has completed just over 4.6 million SqFt in the last 2 years. 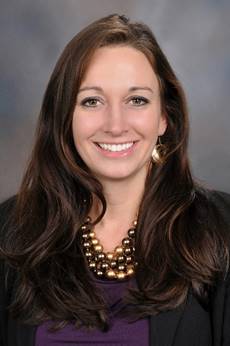 Matt Kuykendall joined Chesterfield as Vice President of Development in 2019 and is currently responsible for overseeing and managing development projects throughout the Southeast, with a primary focus in the Savannah region. Matt received his education from Vanderbilt University, where he graduated with a Bachelor of Engineering in Civil and Environmental Engineering. He has 9 years of experience in a diverse mix of commercial development projects; including light industrial, corporate and medical office, multi-family, and retail development. Prior to joining Chesterfield, Matt worked at Holladay Properties as a Development Manager, where he oversaw projects in the Greater Nashville Metropolitan area and assisted in the evaluation of new opportunities in the region. At Holladay, he was managing Airport Logistics Park, which included 425,000 square feet of flex-industrial buildings with a $36M budget and a 30-month timeline in the first two phases. His early career was spent as a civil engineer developing skillsets in master planning, engineering, and management, while pursuing and obtaining his Professional Engineer’s license in the State of Tennessee. Matt has acquired invaluable experience in acquisitions, the predevelopment process, project management, and lease negotiations and brings this experience to the Chesterfield team to provide additional support for Chesterfield’s growth in all markets. 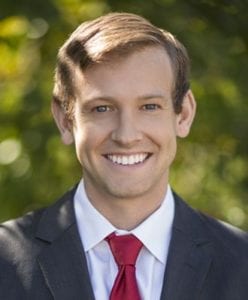 Madison Kimbell joined Chesterfield in October of 2019 serving as Senior Associate of Brokerage and Development. Prior to joining Chesterfield, Madison served as Junior Associate for 5 years with the industrial team at CBRE in Orlando, representing both occupiers and landlords in lease transactions as well as the purchase and sale of investment properties and vacant industrial buildings for both sellers and buyers. During her time at CBRE, Madison facilitated over 3 million square feet of commercial leasing transactions involving industrial properties throughout Central Florida. She has continued to bring her industrial expertise to her role at Chesterfield, where she is currently responsible for leasing out specific Chesterfield-owned assets, as well as sourcing land acquisition opportunities for the future development of Class A office and industrial product. 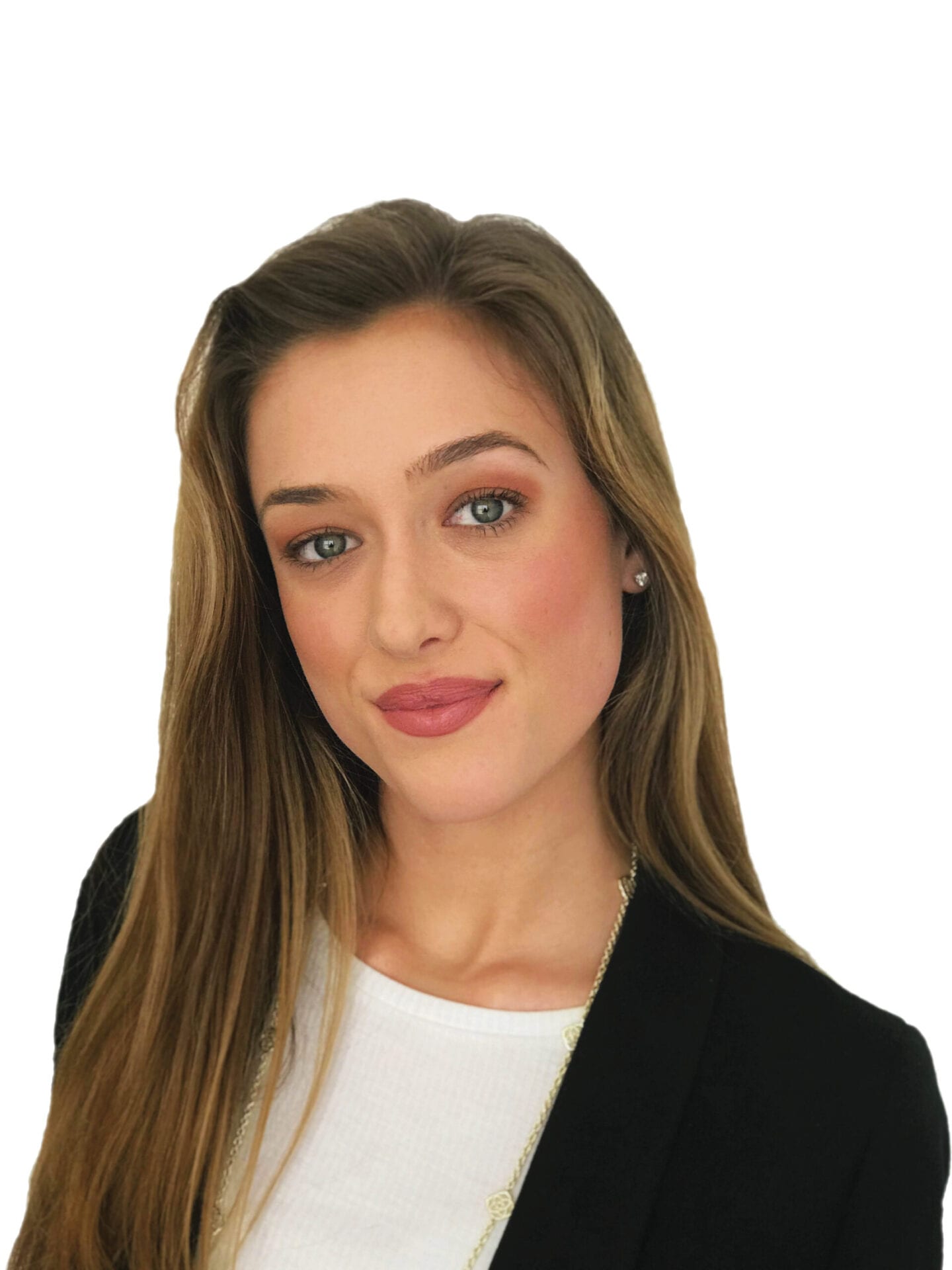 Tim Kastens has more than 13 years of real estate industry advisory and construction management experience in industrial and institutional projects. His education includes a Master of Science in Construction Engineering and Management from Virginia Polytechnic Institute and State University (Virginia Tech), an M.B.A. from the Carey Business School at Johns Hopkins University and Civil Engineering studies at the Technical University of Braunschweig, Germany. A native of Germany, Tim holds dual German-US citizenship and has 7+ years of experience bridging cultural and technical understanding gaps between German and U.S. clients on transatlantic real estate initiatives. Located in Washington, D.C., one of Tim’s primary responsibilities is leveraging his German engineering background and in-depth understanding of the U.S. real estate and construction industry to act as a technical and cultural liaison for Chesterfield. He serves as local point of contact to provide Chesterfield’s German-speaking clients the peace of mind that their technical and financial requirements are fully understood and no technical details are “lost in translation”. 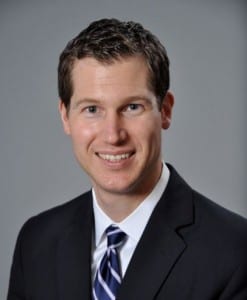 Tim’s experience includes site analysis and due diligence, zoning and entitlement reviews, project feasibility assessments and financial analysis, stakeholder coordination and communication, preparation of solicitation documents, and design and construction team selection and management. He has executed complex industrial and institutional upgrade, renovation / expansion and new construction projects during his tenure as project manager with the Whiting-Turner Contracting Company. Tim is a member of the German Executive Roundtable in Washington, D.C. and a licensed Real Estate Salesperson in the District of Columbia and the Commonwealth of Virginia.